On July 21, 2022, President of Turkmenistan Serdar Berdimuhamedov left on a working visit to the Kyrgyz Republic to participate in the Fourth Consultative Meeting of the Heads of State of Central Asia.

The presidential airliner landed at Issyk-Kul International Airport, where the State flags of the countries participating in the Fourth Consultative Meeting were hoisted on flagpoles.

From the airport, the motorcade of the head of Turkmenistan proceeded to the state residence of the Kyrgyz leader, located in the city of Cholpon-Ata. Here, President Serdar Berdimuhamedov met with President Sadyr Zhaparov.

Warmly welcoming the distinguished guest, President Sadyr Zhaparov thanked the head of Turkmenistan for accepting the invitation to visit Kyrgyzstan to participate in the next Consultative Meeting. The current negotiations within the framework of the Summit are designed to give a new impetus to the intensification of cooperation between our countries, which is based on strong ties of friendship and good neighborliness, the principles of equality, respect and mutual support.

Thanking the head of the Kyrgyz Republic for the invitation to visit a friendly country to participate in the next Consultative Meeting of the Heads of State of Central Asia, for the warm welcome and hospitality, President Serdar Berdimuhamedov noted that the Summit is a new form of political communication at the highest state level. 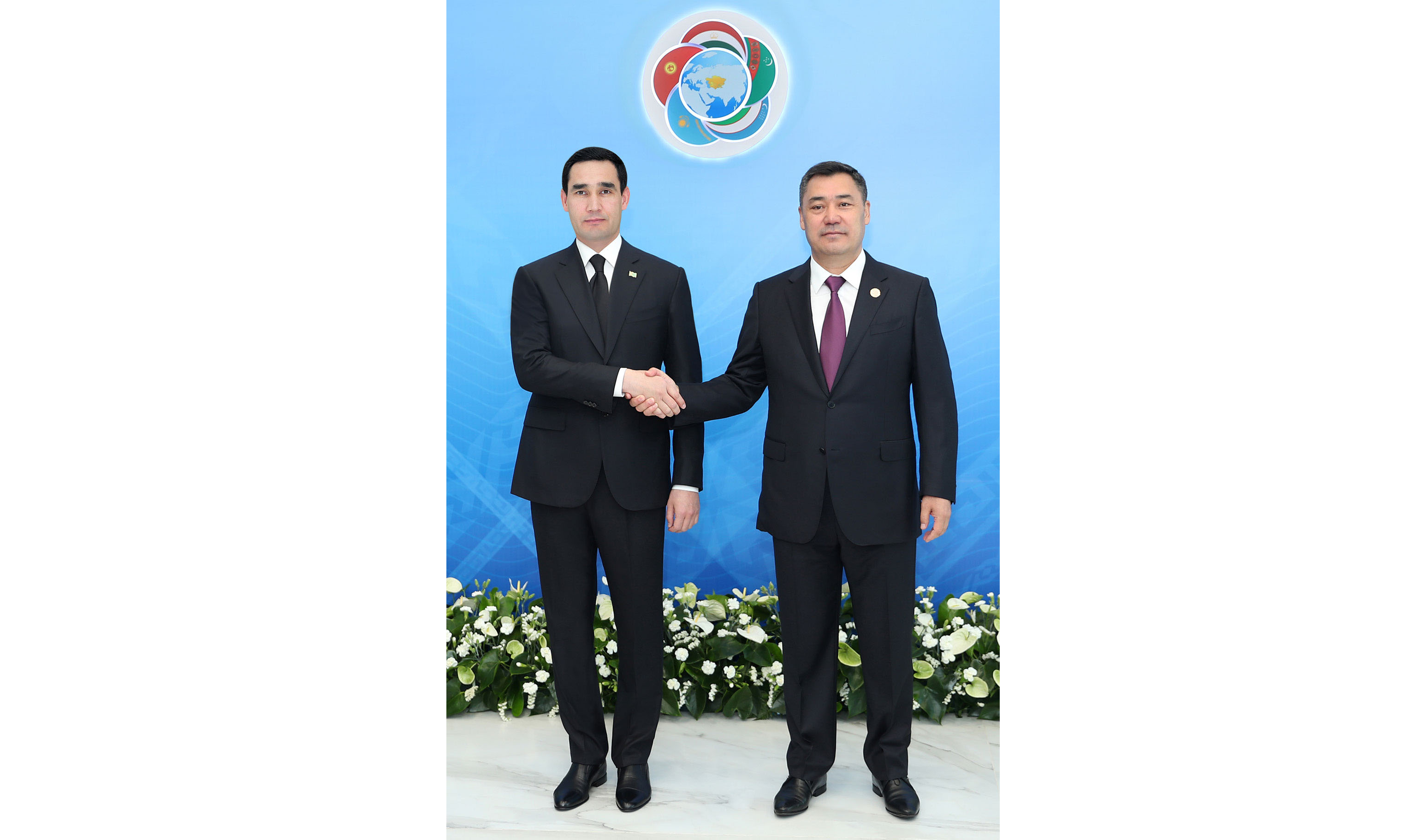 Then, during the meeting, a wide range of issues related to the prospects of the Turkmen-Kyrgyz partnership in the context of the implementation of the agreements reached earlier, the priorities of the socio-economic development of both states were discussed.

This was followed by a Consultative Meeting of the Heads of the Five States.

After the traditional ceremony of joint photographing of the leaders of Kazakhstan, Kyrgyzstan, Tajikistan, Turkmenistan and Uzbekistan against the backdrop of the official banner of the Summit and the State flags of the participating countries, a five-sided summit was held in the large conference room.

Opening the meeting and welcoming his foreign colleagues to the hospitable Kyrgyz land, President Sadyr Zhaparov made a special emphasis on the fact that President Serdar Berdimuhamedov was taking part in the Consultative Meeting of Central Asian Leaders for the first time. In this regard, firm conviction was expressed that the head of the fraternal state would continue the mission of Arkadag Gurbanguly Berdimuhamedov and make his contribution to the development of Turkmenistan.

Then, having approved the agenda, the participants of the Consultative Meeting began their speeches.

In his speech, President Serdar Berdimuhamedov emphasized that today, in the context of the extreme aggravation of the world situation, we, neighbors, fraternal peoples with a common history and roots, need to preserve unity and solidarity, show responsibility and foresight at all costs. Expressing confidence that it is possible to jointly ensure peace, prosperity and progress for our peoples and states, the full and effective entry of Central Asia into a number of rapidly developing and promising economic regions of world importance, the head of state confirmed the readiness of Turkmenistan for the closest cooperation to achieve these goals.

The Presidents of friendly states noted the importance of this forum in further strengthening and developing relations between the countries of Central Asia. The relevance and necessity of complex interaction through bilateral and multilateral events, mutual visits in order to promote the prosperity and stability of the states of the region were especially emphasized.

As a result of the Consultative Meeting of the Heads of State of Central Asia, a number of documents were adopted.

Then, at the Ruh-Ordo Cultural Center named after Chingiz Aitmatov, in honor of the leaders of the countries participating in the fourth Consultative Meeting, an official dinner was given on behalf of the President of the Kyrgyz Republic.

Upon completion of the program of the working visit, the head of the Turkmen state went to Issyk-Kul International Airport, from where he left for his homeland.

THE AMBASSADOR OF TURKMENISTAN PRESENTED CREDENTIALS TO THE PRESIDENT...

MEETING WITH THE SECRETARY GENERAL OF THE COOPERATION COUNCIL FOR THE...

FIRST SESSION OF WORKING GROUP ON SECURITY BETWEEN TURKMENISTAN AND TH...

THE MEETING OF THE MINISTER OF FOREIGN AFFAIRS WITH THE AMBASSADOR OF...

FURTHER PROSPECTS OF TURKMEN-UZBEK COOPERATION DISCUSSED AT THE MINIST...