PRIME MINISTER OF MALAYSIA CONCLUDED HIS OFFICIAL VISIT TO TURKMENISTAN

On June 10, 2014 in the morning, after the official welcoming ceremony and photographing on the background of the national flags of the two countries in the Presidential palace complex "Oguzhan", President of Turkmenistan Gurbanguly Berdimuhamedov held negotiations with the Prime Minister of Malaysia Mohd Najib bin Tun Abdul Razak.              During the talks that passed in the atmosphere of friendship and mutual understanding, the sides discussed the present state and perspectives of Turkm... 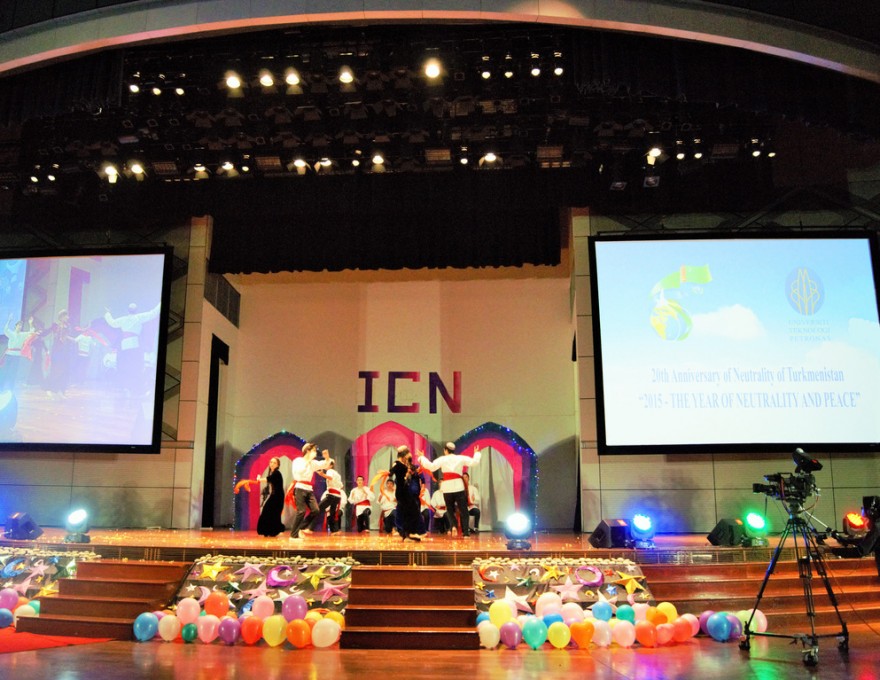 Turkmen students in Malaysia devoted their exhibition and presentations at international cultural evening to the year of neutrality and peace.

On March 13, 2015 in the multipurpose hall of the Technological University of Petronas there was an international cultural evening, during which students from around the world in colorful national costumes performed their traditional folk songs and dances, and also took part in the exhibition of national products, souvenirs and various art objects. With the assistance of the Embassy of Turkmenistan in Malaysia, Turkmen students devoted their exhibition stand and dance performances at the inte...

VISIT OF THE DELEGATION OF THE MFA OF TURKMENISTAN TO MALAYSIA