BRIEFING IN THE MINISTRY OF FOREIGN AFFAIRS OF TURKMENISTAN

VISIT OF THE DELEGATION OF TURKMENISTAN TO THE KINGDOM OF MOROCCO

On March 4-5, 2020, under the instruction of the President of Turkmenistan Gurbanguly Berdimuhamedov, the Deputy Chairman of the Cabinet of Ministers, Minister of Foreign Affairs of Turkmenistan R. Meredov and the State Minister, Chairman of “Turkmengas” Concern M.Archayev were on the visit to the Kingdom of Morocco. On the first day of the visit, the Turkmen delegation was received by the Prime Minister of Morocco, Saadeddin Osmani. During the conversation, the interest of both states in pro... 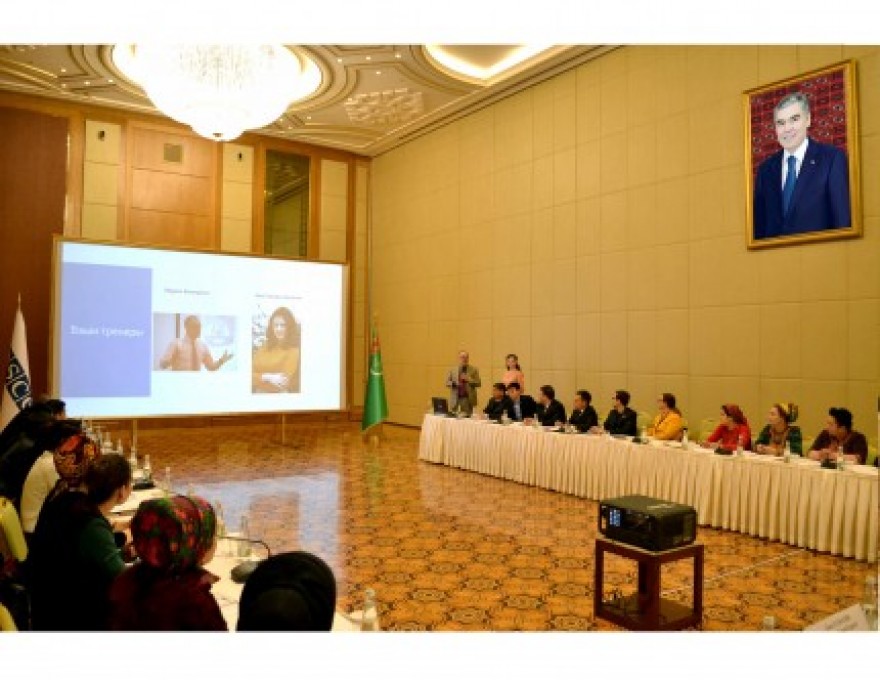 On the 3rd of March 2020, a two-day seminar on the effective collaboration skills between the government authorities and mass media has started in the hotel “Yildiz” of Ashgabat. The seminar was organized by the OSCE Centre in Ashgabat.    The heads and representatives of the OSCE, Parliament (Mejlis), as well as the relevant ministries and departments of Turkmenistan, including the representatives of the State News Agency of Turkmenistan (TDH), the State Committee for Television, Radio Broad...

On February 29, 2020 in Doha there was a meeting between the Minister of Foreign Affairs of Turkmenistan Rashid Meredov and Deputy Prime Minister, Minister of Foreign Affairs of Qatar Sheikh Mohammed bin Abdulrahman Al-Thani. During the meeting sides discussed a wide spectrum of issues on bilateral cooperation. High level of bilateral relations was particularly emphasized. Since the main factor for development of these relations is open friendly and constructive dialog that was established on... 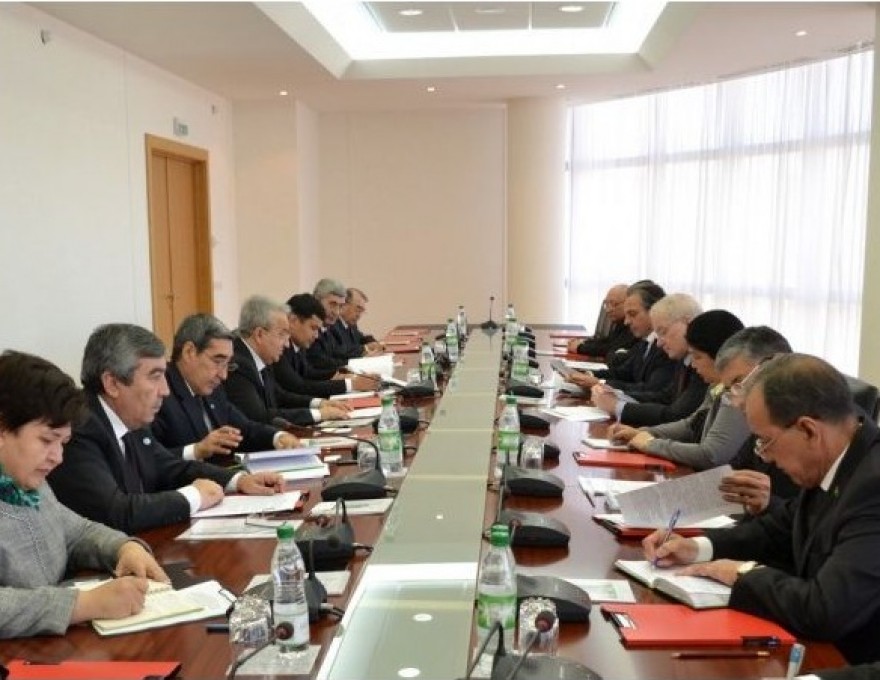 On February 28, 2020, a seminar was held at the Ministry of Foreign Affairs of Turkmenistan on the outcomes of the high-level conference “Green Central Asia” and the 9th meeting of the EU-CA working group on the environment and climate change. The meeting was attended by representatives of the Ministry of Foreign Affairs, Ministry of Agriculture and the Environment, the State Committee for Water Management and the Academy of Sciences of Turkmenistan, as well as the Ambassadors of the European... 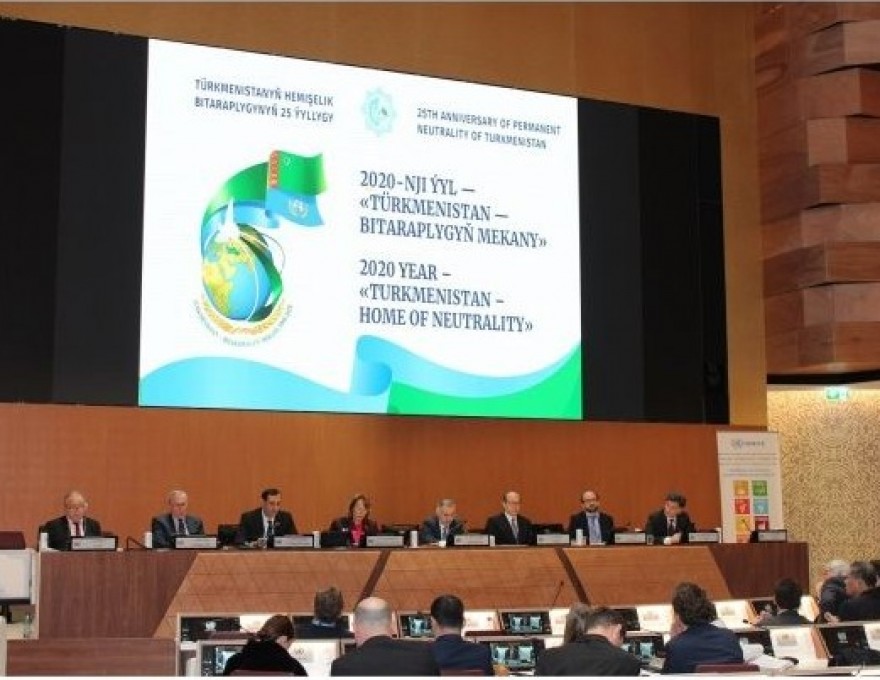 A ROUND TABLE WAS ORGANIZED IN GENEVA ON THE THEME “TRANSPORT AND CONNECTIVITY POTENTIAL OF THE CASPIAN SEA REGION: AZERBAIJAN AND TURKMENISTAN - THE SHORTEST ROUTE”

On February 26, 2020 at the UN Office in Geneva, Switzerland, as part of the 82nd session of the Inland Transport Committee (ITC) of the United Nations Economic Commission for Europe (UNECE), initiated by the Permanent Mission of Turkmenistan to the UN Geneva Office, together with The UNECE and the Permanent Mission of the Republic of Azerbaijan to the UN Geneva Office, organized a round table on the theme “Transport and connectivity potential of the Caspian Sea region: Azerbaijan and Turkmenist... 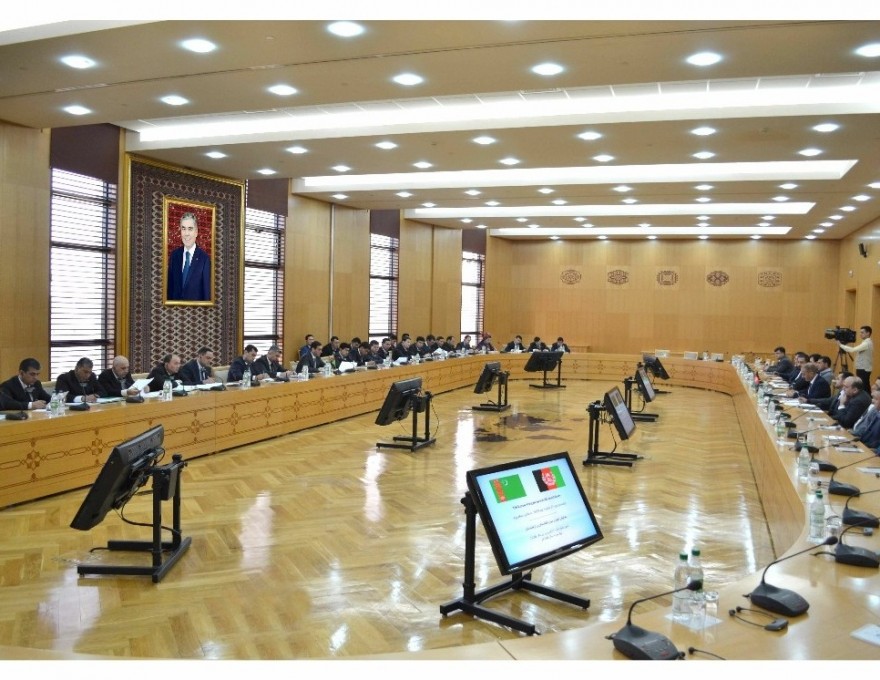 On the 27th of February 2020, Turkmen-Afghan Business Forum was held in the Ministry of Foreign Affairs of Turkmenistan. From the Turkmen side, the heads and representatives of a number of ministries and agencies of the country, including the Union of Industrialists and Entrepreneurs and the Chamber of Commerce and Industry participated to the Forum. Among the participants of the representative delegation of Afghanistan, there were specialists of trade-economic sector of the country and priva...